Tyler and Steve founded Yuni Coffee Co a few years ago, but they were in a position to grow their business.

They had two areas where they were sourcing their beans in Laos, the supply chains were in full operation, they started a local coffee shop that showcased their beans and were now growing their brand.

The problem they faced was they wanted a more complete, professional brand that would still be familiar enough to the current customer base and wouldn’t look strange next to their assets at the coffee shop.

Step 1: Refine what they Already Had

Their logo was being used on their tees, print collateral, and most importantly their huge sign on the front of their coffee shop they really did not want to get remade if they could help it. Fair enough. The logo was in a good place, it incorporated local elements (river, water, motif) which would allow us to branch off of to make a brand which incorporated patterns and sub-marks.

The main things I did was make a vector image of their current logo. Then I made the lines slightly thicker since we were losing details when it was at a smaller scale. I made the dimensions slightly more symmetrical and appealing, and adjusted the kerning of the spacing.

All small changes that wouldn’t be noticed when they reintroduced it but that would communicate more professionalism as a brand.

There were a couple directions the brand lent itself to due to the different age and cultural demographics their customer base included.

Some of the sub-marks were too minimal, or were felt that they veered too far away from the original logo.

But we ended up finding the mark that would best define Yuni Coffee Co. The mountains and river which were so connected to the business.

The Yuni guys were clear they wanted a badge. This took some time to get just right. The problem with badges right now is making sure you don’t fall into hipster fads but make sure it communicates the brand effectively while appealing to the tastes of the customers.

We ended up with a circular badge which incorporated our sub-mark in the middle and could be used in a regular version and a negative space version.

4. Next, design some Patterns

I had the guys from Yuni (actually their wives) send me some of the rich textiles found in Laos. I wanted to use the original pattern on the mountain as a jumping point to incorporate on all the packaging and coffee labels.

The difficult part was being true to the motifs which were vibrant and loud, and using them in a way that was professional and clean in the brand. But we ended up using a different pattern on the background of each final coffee label.

We looked at two options for their packaging. One option was to use similar elements which they had already been using but incorporate the color palette. This is a great approach for business owners since it allows them to use their supply chains which already should have a proven track record. And it doesn’t add more to the mix of an already demanding circumstance: rebranding.

But since the next step for Yuni was developing their website and growing more into the US market, they were ready for new packaging. After settling on the bags and printer we went ahead to design something that fit into those parameters.

Just a note: when you are wanting to design packaging, unless you have tons of cash and can afford to do whatever you want, I suggest finding a printer first who can do the things you want, rather than designing something and trying to find someone who can do it. Oftentimes some of the smallest things can end up doubling your budget, so it’s good to figure out first if it’s worth it, before going through the whole design process.

After getting the ok on everything, I finalized the files and exported them all into a Dropbox folder. 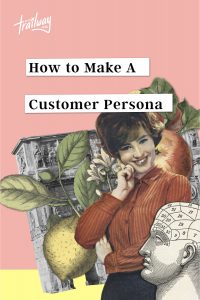 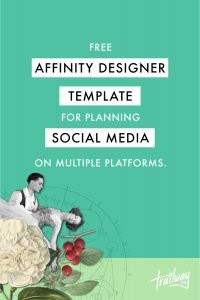